The Kananaskis Lakes Fire lookout is a popular destination for cross country skiers. The views from the lookout are perhaps one of the best one can achive via an XC track and since it can be accessed via the north and south, it can be done via a large variety of trails. Those wanting a short day can access the lookout from Boulton Creek via the Whiskey Jack trail. Those wanting something longer can create a multitude of loop options which include the lookout trail. 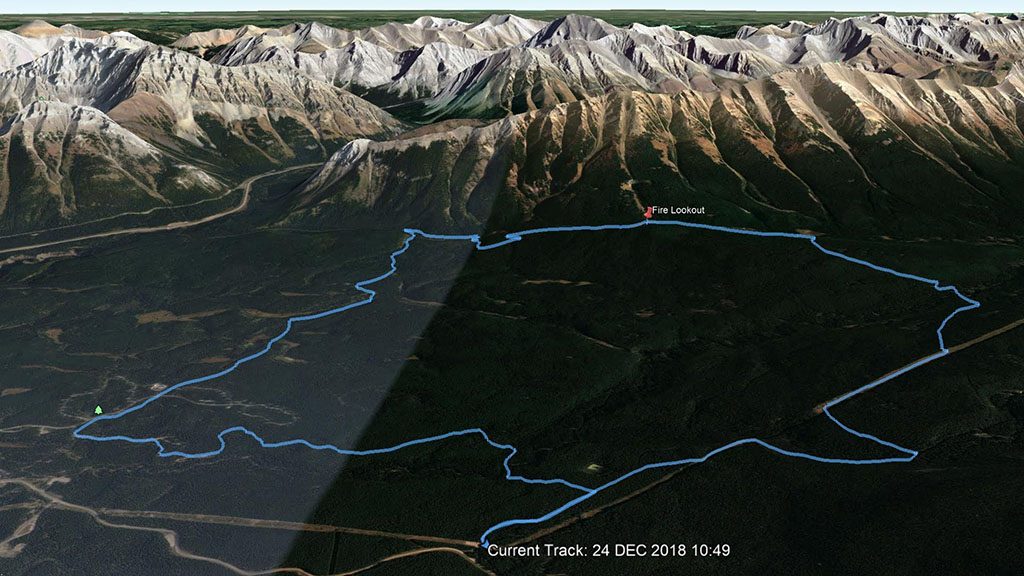 The original plan for this Xmas eve was to ski into Lake Ohara via the Yoho Valley Fire Road. On December 25, 2017, my friend Masa and I skied to the lake in -30C temperatures and came back with frostbitten toes. Thankfully, we didn’t suffer permanent damage but it shortened our ski season by almost 2 months as it took nearly that long before our feet returned to normal. Because of that, I had a crazy idea of doing it again as a sort of revenge.

However, the weather reports indicated temperatures close to -20C and my past experience told me that the trail was pretty much in the shadows right up to the lake. Thinking that it would be a total humiliation to suffer the same fate again, I decided to look elsewhere.

The weather forecast was significantly warmer in Kananaskis and the fire lookout trail had just been tracked. As a bonus, it was much closer than Lake Ohara which was great since I was hosting a Xmas party the night before which didn’t end until 2am.

My partners for this trip were Saeko, Takaya and Eijiro. Since this outing was a replacement for Yoho Road which was around 24km in total, I decided to make this trip a little longer and usual. By combining several different trails, I was able to come up with a 16km loop which gained most of the elevation early over a shorter distance to the lookout than the return. This worked out well because we were working the hardest during the coldest part of the day. 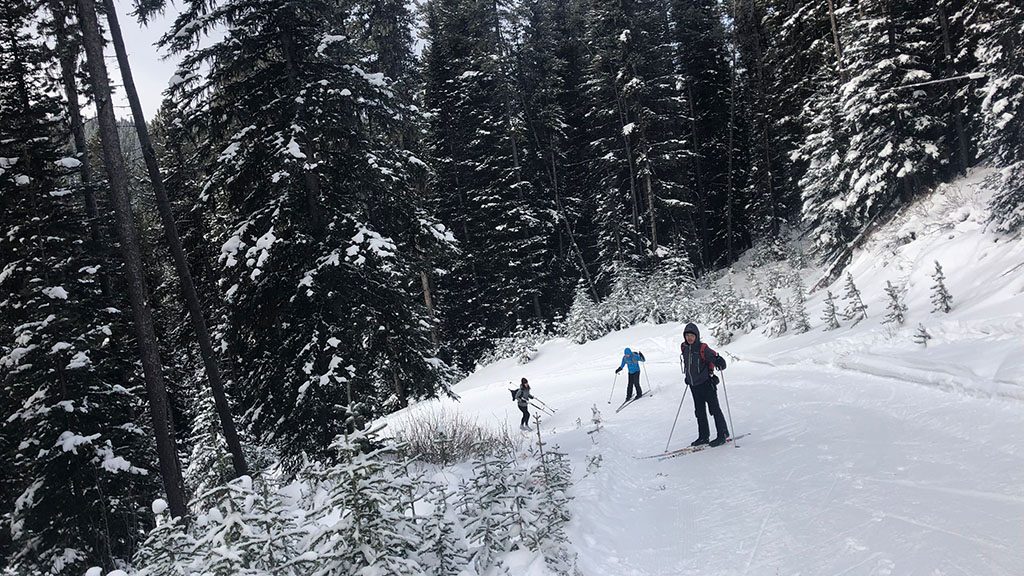 Although this was my 3rd visit to the lookout, it was the first time I approached it from the west. I vaguely remembered skiing down the west side only to freak out at how steep it was. Those memories quickly came back to haunt me as we quickly gained elevation on the lookout trail. It was obvious how steep it was when we saw so many footprints from skiers who removed their skis to walk down some of the slopes.

The conditions didn’t help either because they were probably the quickest I’ve experienced so far this year. The snow was hard and packed down with maybe a centimeter of fresh snow on top which did little to help with the snowplow or herringbone. This day definitely forced you to use the edges on your XC skis on the way up and down. 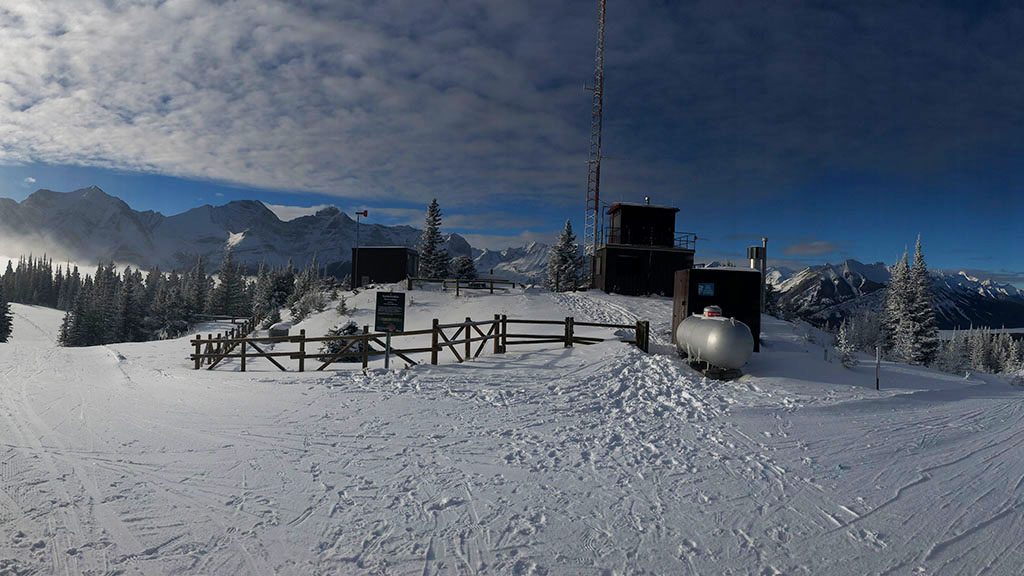 We eventually reached the fire lookout in just over 2 hours where we spent the next 30 minutes gazing at the beautiful scenery. In the picture above, the left side of the lookout is where we approached from (west) and the right side is where we descended (east). We all agreed that it was worth the effort and that it was a great way to spend our Xmas eve.

Although we gained most of the elevation for the day, I knew that we still had lots of distance to cover. So with that in mind, we quickly started our descent down the lookout trail. 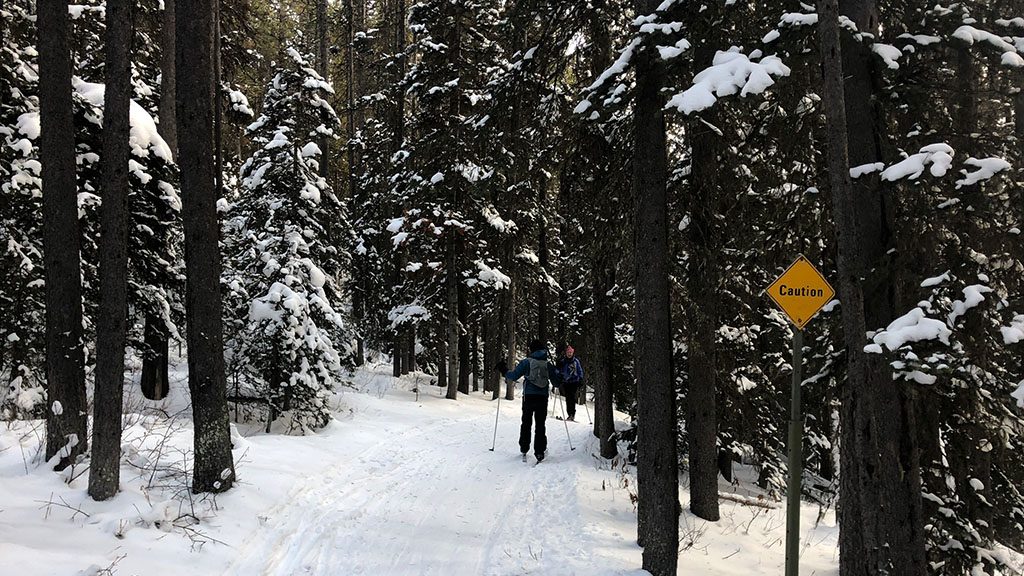 The ski down the lookout trail, Pocaterra and Whiskey Jack was very fast due to the snow conditions. It took us around 45 minutes to reach the Boulton Creek campground and the only physical effort required was used to slow us down. If we didn’t bother slowing down, we probably could’ve done it in 30 minutes!

Once at the campground, we took the Moraine trail which was the only non trackset trail in the loop. The skier set trail was more than enough as we snaked our way through the forest back to the Elk Pass Trail. 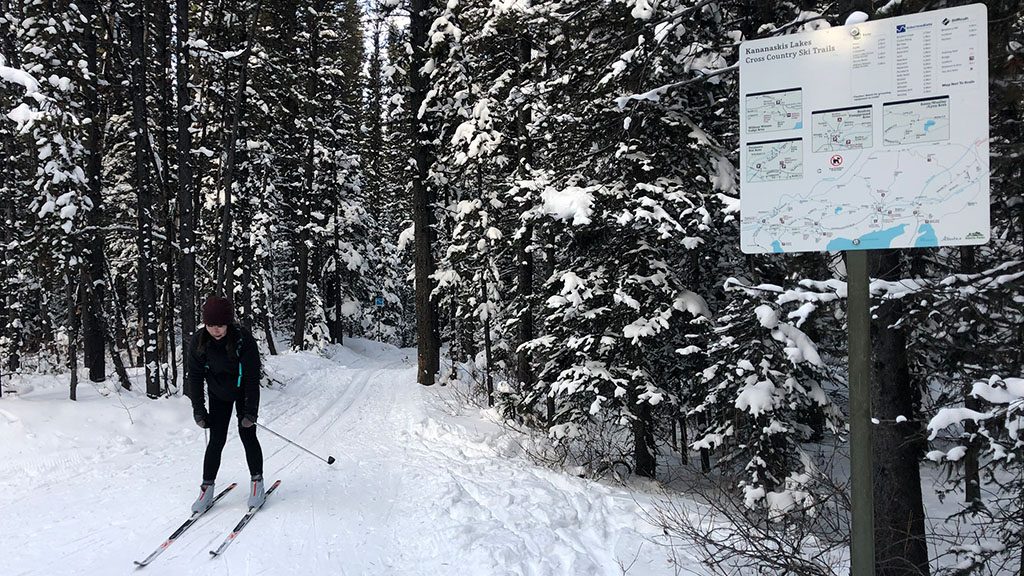 The total distance was 16km but it definitely felt like a lot more due to the elevation gain.