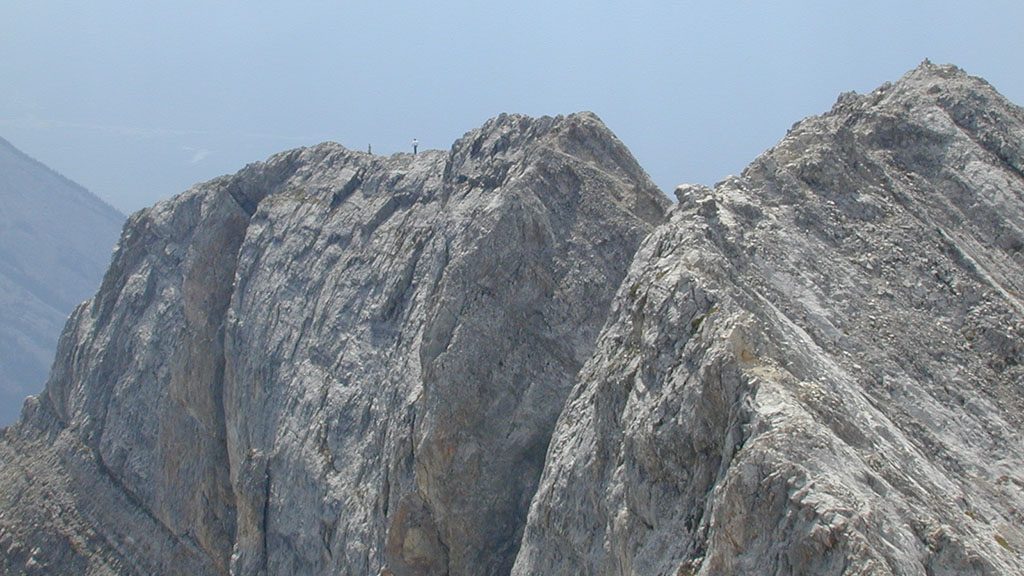 My partner standing on the ridge on Lady MacDonald in Canmore. Oblivious to the sheer drop on its side.

My first experience with scrambling took place during the summer of 1999. At that time, I had just arrived for a one week mountaineering course with Yamnuska in the Canadian Rockies and decided to scramble up a peak called Heart Mountain. Little did I know that I’d eventually move out west and climb this peak around a dozen more times.

Since moving to Alberta in 2003, my first 12 years in the mountains have consisted mostly of scrambling. Since then, my interests have changed to canoeing and kayaking and my hope is to shift the focus of this site towards towards those activities – hence the naming of this site.

With that being said, I’m guessing that most of the visitors to my site will come from a trip report which I’ve posted in the past. To that extent, I’ve created a sortable table which lists some of the scrambles I’ve done in the past. I’ll try to update the table and port over some trip reports as time permits.