When it comes to cross country skiing, the first area to be trackset each season is usually Lake Louise. The second area is quite often the southern end of the Kananaskis Lakes, which sit at a higher elevation and see quite a bit of snow due to the lake effect. The highest point in this area, Elk Pass is a popular destination not only because of its abundance of snow but because it happens to mark the border between Alberta and British Columbia. 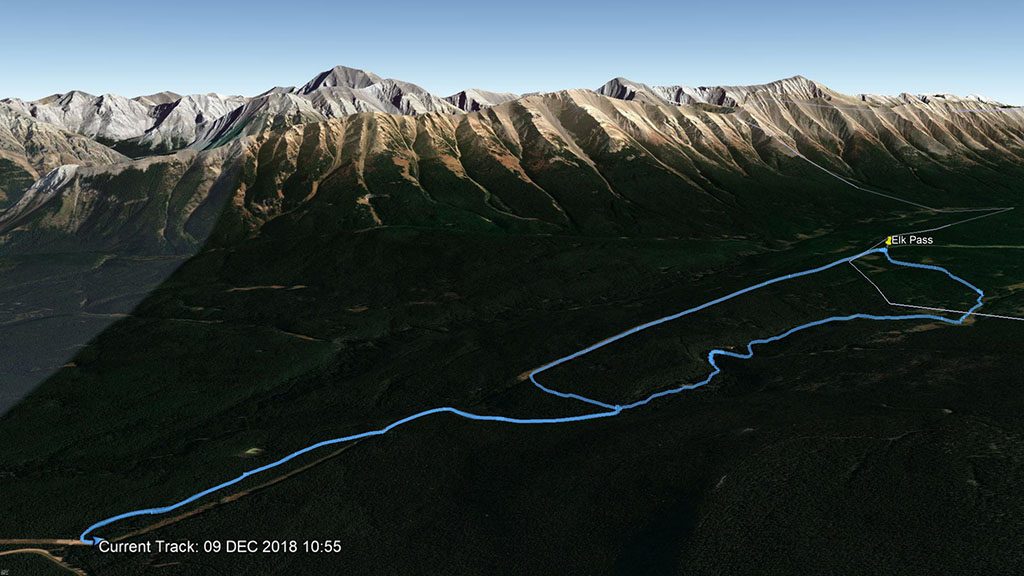 The ski season of 2018/2019 is definitely off to a slow start. To put it into perspective, we must have received more snow in September than we have from the start of November to mid December. After spending 4 consecutive weekends in Lake Louise, it was great to hear that the Elk Lakes area had finally been track set since I was running out of options. 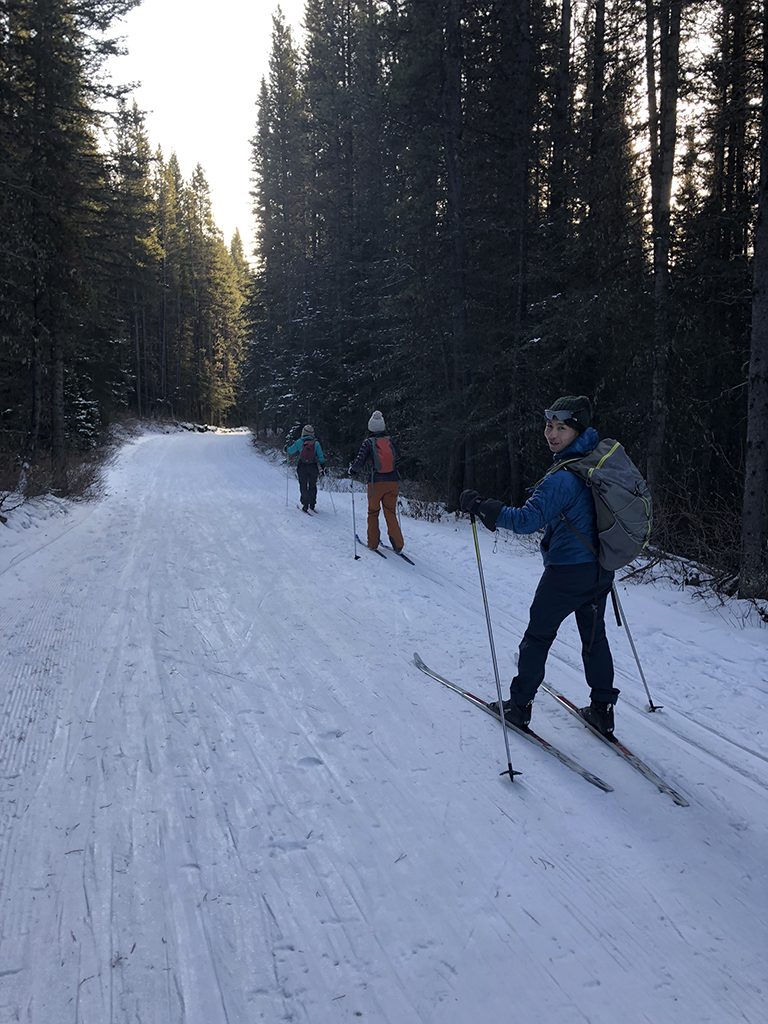 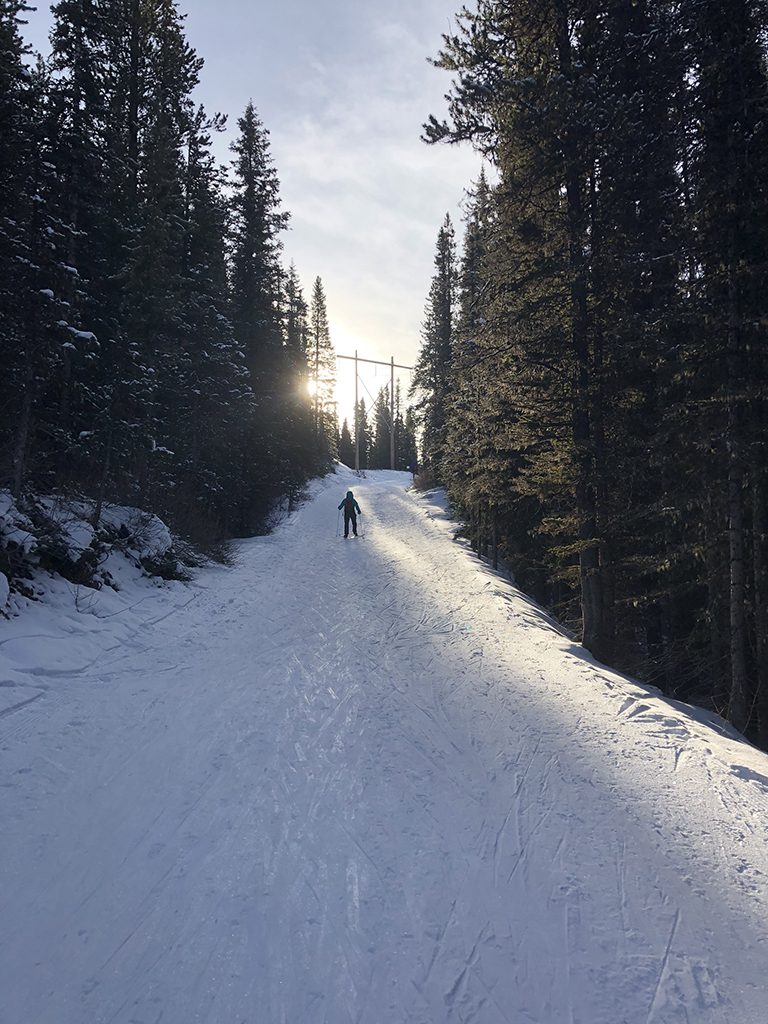 My partners for the day were Yoko, Ryoko, and Takaya. This was Takaya’s first time cross country skiing. By pure luck, my spare boots (which I had planned on selling) were a perfect fit for his feet and my friends spare skis (which she had planned on selling) were also a perfect fit. I knew that Elk Pass was quite tough for a beginner but I figured it’d be a good opportunity for him to test his gear. If he could handle this terrain without any blisters, he could handle most of the trails in the Rockies. 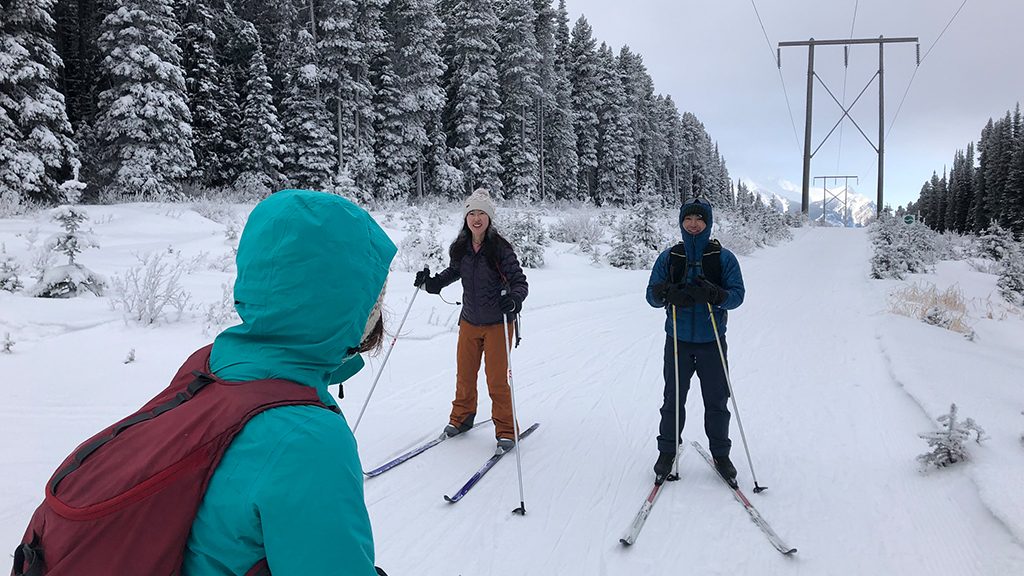 As expected on any trail with the word, “pass” in its name, there was a moderate amount of elevation gain to get to Elk Pass. On the way to the pass, we took the Hydroline trail and although it wasn’t exactly scenic, it allowed us to take a different trail on the way back.

After taking some pictures at the pass, we sat down at a picnic table where we split a box of mint Girl Guide cookies which were washed down with shots of Fireball. A great combination! The weather was around -10C and although we felt relatively warm to the pass, our quick break reminded us that we were only warm because we were constantly moving.

The ski down the other side of the pass on the Elk Pass trail was quite the descent. The snow was quite shallow but a light dusting of fresh snow helped with the snow plow as we quickly made it to the Blueberry Hill intersection in no time. From there, the slick tracks made the ski to the trailhead parking lot seem like a luge run.

The day ended with some nachos at Woody’s in Kananaskis village. As for Takaya, he not only survived but made it look easy. He obviously enjoyed his day out as he agreed to buy the boots and skis.